A top source of business failures: Lack of online presence 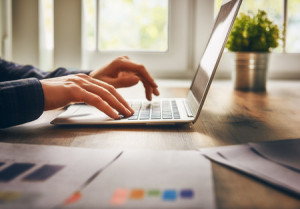 For decades, the top reasons businesses fail have been fairly constant. Research tells us that businesses often fail due to a lack of capital, too much debt, poor leadership or when they expand too fast. Yet in today’s high-tech and connected world, there is a surprising new reason why companies don’t make it: Lack of an online presence.

One survey shows that about 60 percent of businesses with five or fewer people don’t have websites and only 12 percent have Facebook pages. Think that a lack of website or social channels is an issue only with the smallest of businesses? Another report estimates that nearly half of the nation’s 28 million small businesses — some with hundreds of employees — operate without a website. The reasons for not having a website or social channels varies, but typical reasons cited are cost and hassle of creating and updating social channels — even though cost-effective options exist.

Wondering how many businesses fail? According to the U.S. Small Business Administration, 70 percent of new companies survive at least two years, 50 percent last at least five years, 33 percent survive at least 10 years, and only 25 percent stay in business 15 years or more.