Do you know what catastrophes cost Americans the most money? 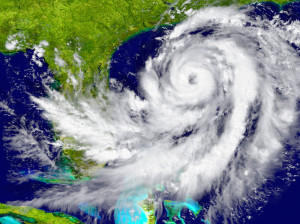 It only takes a few minutes for your life to be turned upside down and for everything around you to be lost. Natural disasters can be defined as any catastrophic event that is caused by natural phenomena such as floods, hurricanes, earthquakes or tornadoes. These events can cause extensive damage to property and infrastructure and can often lead to loss of life. In the United States, natural disasters occur on a regular basis, and each year they cause billions of dollars in damages.

While there are many different types of natural disasters that can occur, some are more damaging and costly than others. Do you know which type of natural disaster costs businesses and homeowners – and their insurance companies – the most?

Floods? Nope. Flooding is a common occurrence in the United States and can happen anywhere there is excessive rainfall or a failure of man-made structures such as levees or dams. Floods typically cause billions of dollars in damage each year, with the worst flood on record occurring in 1993 when floods caused nearly $41 billion in damages.

Earthquakes? Not those either. When they happen, earthquakes can be catastrophic. But in the US, earthquakes are usually only a blip on the nation’s natural-disaster scale. Alaska has the most earthquakes. Thankfully, in recent years, there have not been large earthquakes that cost significant lives and dollars in the US.

Wildfires? No. However, wildfires can cause significant damage to property and infrastructure. Wildfires can destroy homes, businesses, forests and grasslands. They can also cause air pollution that can impact human health. In 2018 California wildfires were some of the most destructive and costly wildfires in state history, causing over $24 billion in damage.

Tornadoes? Close. Tornadoes cause significant damage and loss of life every year in the US. Strong and violent tornadoes are common in the Midwest, South and Southeast regions of the United States and can occur at any time of year although they are most common in spring. On average, tornadoes cause $2.5 billion annually in damages. The most damaging single tornado occurred on April 27, 2011, when an EF-5 tornado struck Joplin, Missouri.

Hurricanes? Yes, unfortunately. While the greatest destruction from hurricanes is found along the coasts, they can also cause flooding and tornadoes further inland, spreading the damage across wide areas. Hurricane damage in the United States typically occurs along the Gulf Coast and East Coast regions. In recent years, hurricanes have caused an average of $28 billion in damages per year. The most expensive and deadliest hurricanes in recent U.S. history were Hurricane Katrina, Hurricane Sandy and Hurricane Harvey. Protecting your investment as a first-time home buyer
No Responses.