Is there an ideal office temperature? 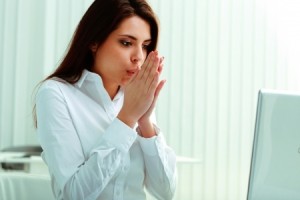 Finding the ‘right’ temperature can be difficult. Studies show that many employees feel their workplace is either too cold or too warm. In one study, 42 percent of people said their building is too warm, while 56 percent said it is too cold. Research also shows that women feel cold more often than men, but age also is apparently a factor in how you feel about temperature. In one study, 46-to 55-year-old employees were 36 percent more likely to be dissatisfied with the temperature than their 18- to 25-year-old co-workers.

While temperature seems to be a distinctly individual preference, a study by the Ernest Orlando Lawrence Berkeley National Laboratory shows that there is a narrow year-round range that suits most people best and results in maximum productivity. That’s 69.8 to 71.6 degrees. Other studies show that keeping an office between 70 and 73 degrees results in the highest number of employees reporting satisfaction with the temperature.