Take it slow around school buses 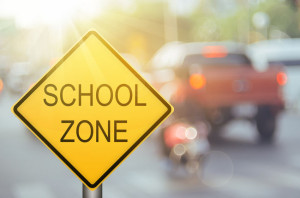 Did you know that more children are killed each year getting off the school bus than while actually riding on the bus? School buses are actually among the safest vehicles on the road today. A child is much safer taking a bus to and from school than traveling by car. But getting in and out of the bus is another story.

Laws in all 50 states demand drivers come to a stop when children are getting on or off a school bus, and that includes passing a stopped school bus. But a number of people don’t. Even if you’re in a hurry, never pass a school bus that has stopped. If a school bus is at a full stop and/or If the yellow or red lights are flashing and/or the stop arm is extended, you must stop. Never pass a bus from behind or from either direction if you’re on an undivided road if it is stopped and loading or unloading children.

And you’ll want to stop your car far enough from the bus to allow children to get on or off the bus without having to squeeze between stopped vehicles. Maintain a 10-foot distance around a school bus — that’s the zone in which children are most likely to be injured by a motorist.

Slow down and obey the speed limits. School zones have a reduced speed limit during school hours. Although it’s tempting to exceed the 15 to 25 mph speed limit near school crossings, most states levy a hefty fine for violators. Plus, children are unpredictable and can and do dart out into traffic with little warning. The only way to prevent a tragedy is to keep your speed under control and within the lower speed limits. And don’t forget to keep an eye out for children walking in the street, especially when there are no sidewalks! Whether you’re in a school zone, near playgrounds and parks or in a residential area, keep an eye out for children on foot and on bicycles.